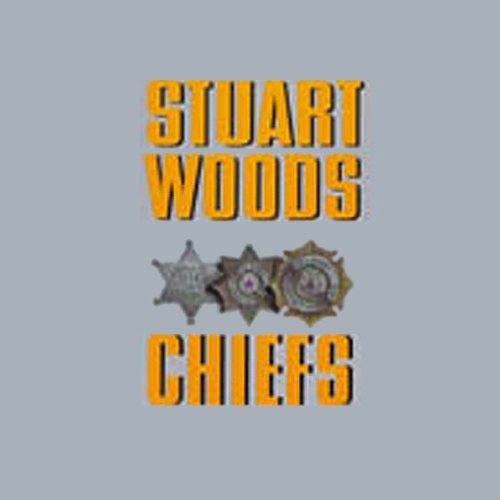 In 1919, Delano, Georgia, appoints its first chief of police. Honest and hardworking, the new chief is puzzled when young men start to disappear. But his investigation is ended by the fatal blast from a shotgun. Delano's second chief-of-police is no hero, yet he is also disturbed by what he sees in the missing-persons bulletins. In 1969, when Delano's third chief takes over, the unsolved disappearances still haunt the police files.

Author Stuart Woods' riveting novel spans three generations while also probing deep into Southern small-town attitudes and behavior. The residents of Delano, with their reluctance to disturb a familiar social order, provide the perfect backdrop for this tale of dark secrets and murder.

Over 40 years ago, Woods found a battered chief-of-police badge in his grandmother's house. It had belonged to his grandfather, who had been shot in the line of duty. The story of the lawman's death inspired Woods to write Chiefs, which won an Edgar Award and was made into a popular TV miniseries.

The book takes you on a journey through the social changes in the American South. The plot is elaborate and highly emotional. It's not a typical detective story but rather a perfect mixture of historical fiction and a thriller. An isightful study of human relatioships and the influence of faith on people's lives. It's both tragic and cheering at the same time. I truly recommend it. I enyoyed the slow pace of reading and a specific accent of Mark Hammer which went perfectly with the story.