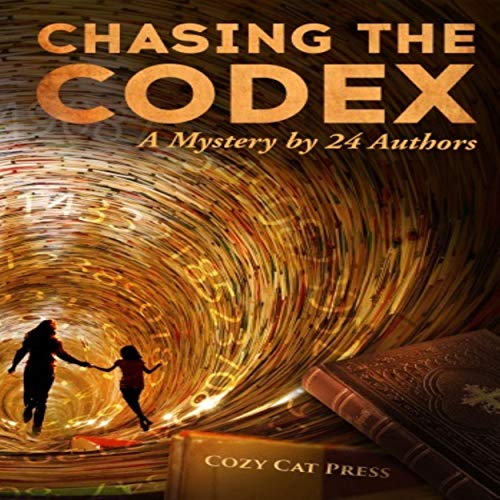 Bryndis Palmer, owner of The Neglected Word bookstore, invites her 14-year-old niece Frida to visit her so that the precocious, Jane Austen-loving young girl can accompany Bryn to the “Midwest Booklovers’ Convention” being held in nearby Saint Louis.

Never mind that Bryn has just broken up with her on-again, off-again boyfriend Holt Furst, or that said boyfriend has suddenly disappeared from his apartment above her shop - possibly in a violent kidnapping. Bryndis dutifully heads to the airport to pick up Frida, only to discover that Frida has also disappeared - reportedly swooped up by a chauffeur and whisked away in a limousine. Who would kidnap her niece? Where could they have taken her? Where could Holt be?

Brynn is an amateur sleuth from her childhood days of reading Nancy Drew mysteries, and she barges ahead with her own investigation, certain that the local police and the airport authorities will bungle the job, and fearing the wrath of her sister Lia if anything happens to Frida. Of course, Bryn doesn’t know that the disappearances of Holt and Frida are actually connected, and as she begins her search, a mystifying tale starts to unravel - introducing her to a host of strange characters, all more unusual than those in the murder mysteries she’s accustomed to reading.

Along the way, she discovers that she herself is somehow at the center of it all, and swirling around her are other strange curiosities - a missing Bible, a famous frontier hero, and a hidden secret code. Will she find Frida? And Holt? How does it all connect? And how is Bryn involved? It will all be revealed in Chasing the Codex.

Here’s a different kind of book:

This cozy mystery was written by 24 of Cozy Cat Press’s 40-some authors, with each author penning their own individual chapter or chapters.

How did we make this happen? Easy!

We started at the top of the alphabet with Amy Beth Arkawy and moved down the alphabet through Diane Weiner (with a few detours along the way).