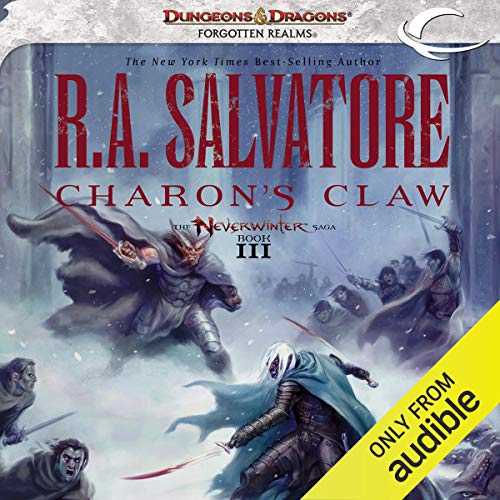 In the third book of the number-four New York Times best-selling Neverwinter saga, Drizzt draws his swords once more to aid his friends. His lover, Dahlia Sin’felle, can speak of nothing but the moment she will face the Netherese lord Herzgo Alegni once again. Drizzt has already followed a trail of vengeance beside Dahlia. Can he justify one more battle to settle a grudge he does not understand?

Artemis Entreri too seeks vengeance. He offers to aid Dahlia in her mission to destroy Alegni. But Charon’s Claw, Alegni’s sentient sword, dominates Entreri’s movements - if not his mind. And then there’s the way Entreri looks at Dahlia. Can Drizzt trust his old foe?