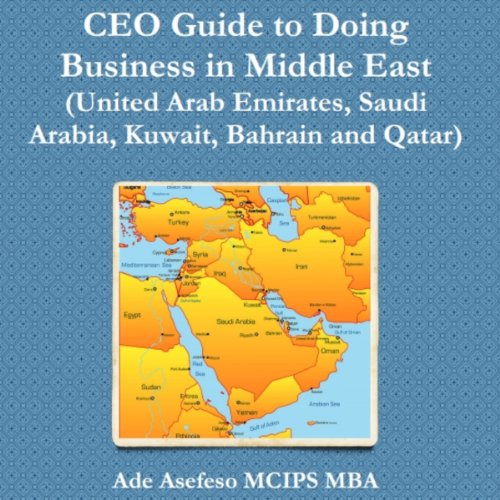 The UAE is situated in the southeast of the Arabian Peninsula on the Persian Gulf, bordering Oman and Saudi Arabia. The UAE is a federation of seven Emirates each with its own Ruler. Saudi Arabia's command economy is petroleum-based; roughly 75% of budget revenues and 90% of export earnings come from the oil industry.

Kuwait's economy is heavily dependent on oil revenues. The Kuwait government is keen on reducing the dependence on crude oil revenue. Bahrain is a small island with a population of just over 1 million people. Bahrain's total area covers 770 sq km; it is the smallest of the six Gulf Cooperation Council (GCC) member states and consists of 33 islands.

The main source of Qatar's wealth is its vast reserves of oil and natural gas (it has the world's 3rd largest natural gas reserves) which have made it one of the richest countries in the world.

This book is unfortunately a waste of time: first the reader Is terrible and I was even wondering it that was not a computer. The book is focused for UK business and not CEO. So that should be specified. Finally the data is quite old, the latest information is from 2008.