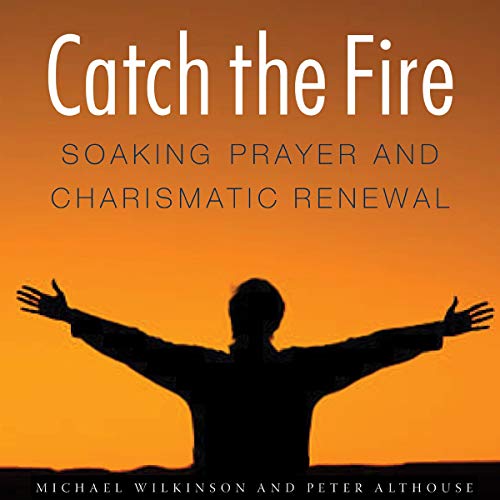 A recent phenomenon of charismatic renewal took place in Toronto in the mid-1990s. Commonly known as the "Toronto Blessing" and operated by the former Vineyard Church leaders John and Carol Arnott, the renewal was defined by reports of uncontrollable laughter, weeping, speaking in tongues, animal noises, and falling on the floor during worship. Sympathetic Christians embraced these practices while others who believed that this form of worship boarded on spectacle rejected them.

By the end of the 1990s most people thought that the renewal was over. Yet, in the first decade of the 21st century, the authors, a sociologist and a theologian, heard rumors that the Toronto church, now known as "Catch the Fire", was still holding mass meetings with upwards of 2,000 people in attendance. They also learned of an emerging practice of "soaking prayer", an adaption of Pentecostal-charismatic prayer that, participants and leaders claim, facilitates and expands the reception of divine love in order to give it away in acts of forgiveness, reconciliation, compassion, and benevolence.

Soaking, the authors reveal, is a metaphor for practices like resting in the Spirit, prayer for spiritual gifts, healing, prophecy, impartation, and supports overall charismatic spirituality. Attending "Catch the Fire" conferences, churches, and house meetings in the United States, Canada, Britain, Australia, and New Zealand, Wilkinson and Althouse observed firsthand how people soak, what it means to soak, and why soaking is considered an important practice among charismatics.

The audiobook is published by University Press Audiobooks.