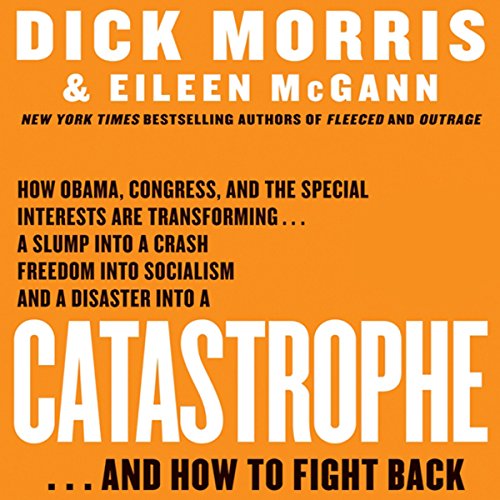 Dick Morris experienced a profound ideological shift from his days advising Bill Clinton's gubernatorial and presidential campaigns to the present, when he serves as one of the Democratic Party's staunchest critics. In Catastrophe (2009), written with his wife Eileen McGann, Morris does not mince words in describing how President Barack Obama's "radical agenda" is inevitably going to lead to disaster for America by turning the country into a "socialist" state.

Peter Ganim has narrated over 150 audiobooks in just about every genre, and in Catastrophe he lends his well-modulated, seasoned voice to this political screed. Though Morris and McGann term their message "urgent" and call their first chapter "Take Back Our Country", the audiobook benefits from Ganim's moderate, rather than red-faced, vocal performance.

It's time to take back our country. Barack Obama and the Democrats are:
©2009 Eileen McGann (P)2009 HarperCollins Publishers