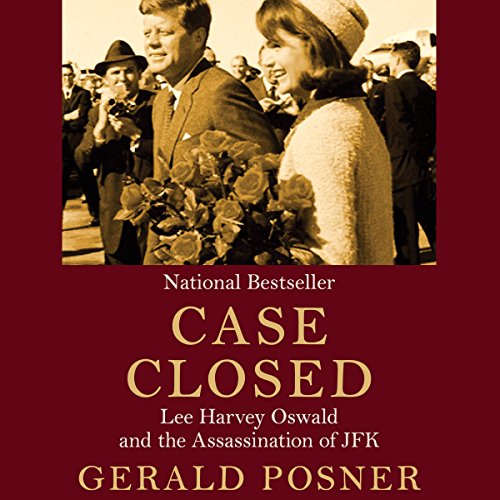 The assassination of John F. Kennedy on November 22, 1963, continues to inspire interest ranging from well-meaning speculation to bizarre conspiracy theories and controversial filmmaking. But in this landmark audiobook, reissued with a new afterword for the 40th anniversary of the assassination, Gerald Posner examines all of the available evidence and reaches the only possible conclusion: Lee Harvey Oswald acted alone.

There was no second gunman on the grassy knoll. The CIA was not involved. And although more than four million pages of documents have been released since Posner first made his case, they have served only to corroborate his findings. Case Closed remains the classic account against which all books about JFK's death must be measured.