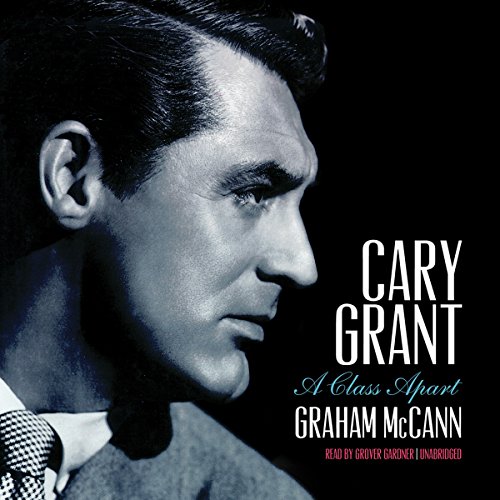 For two moviegoing generations, Cary Grant was class—an effortless embodiment of gentlemanly grace and humor. But Cary Grant’s greatest achievement was in creating himself and the irresistible character he became. In this savvy, fascinating portrait, McCann tracks the transformation of a life and looks closely at the sources of Cary Grant’s charms, which did not come easily. Generously filled with anecdotes about fellow actors and directors, a realistic portrait of a complicated man emerges. And although Grant was criticized for remaining in Hollywood during World War II, it now seems that he may have worked as a special agent for British Intelligence: in 1947, Grant was awarded the King’s Medal for Service in the Cause for Freedom, an honor that was not made public at the time.

One of classic Hollywood’s definitive leading men, Cary Grant was named one of the greatest male stars of all time by the American Film Institute. This biography yields a new appreciation of his work and his persona, which was at once familiar, yet always enigmatic, even to those who knew him best.

Graham McCann was educated at King’s College, Cambridge. His books include Marilyn Monroe: The Body in the Library, Woody Allen: New Yorker, and Rebel Males: Clift, Brando, and Dean. A fellow and lecturer at Cambridge for twelve years, he now writes full time.

“A terrific biography that explores the origins and dazzle of Grant’s class act.” ( Elle)
“McCann’s outstanding achievement is his analysis of Grant’s singular and lasting appeal as a classy but classless star.” ( Booklist)
“A delightful appreciation of the archetypal movie star…In a pleasing mix of life story and film analysis, [McCann] meditates on the idea of Cary Grant and the actual person…Neat, well researched, and witty, the book earns respect for the author and a familiar wry smile at its reincarnation of Cary Grant.” ( Kirkus Reviews)