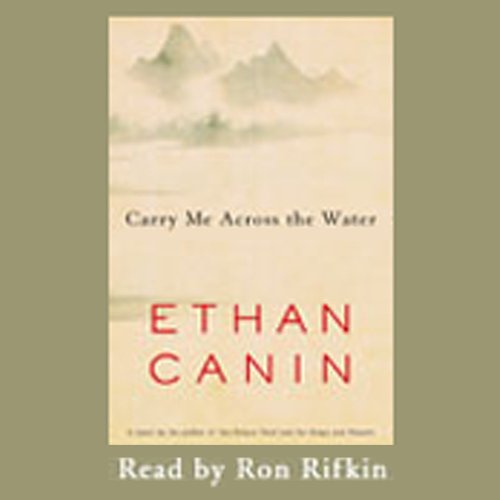 Carry Me Across the Water

Carry Me Across the Water

"Masterful...a classic parable of the human condition," said Publishers Weekly about Ethan Canin's For Kings and Planets, and the same can be said about Canin's brilliant new novel. Breathtaking in its suspense and beauty, Carry Me Across the Water tells the story of a complex man's extraordinary life, lived against the backdrop of the central years of the twentieth century.

"Take the advice of no one," the young August Kleinman is told by his mother as the Nazi party rises to power around them in Hamburg. With these words to guide him, young August escapes to America, where he goes on to build a fortune, a family, and a life on his own terms. At the defining moments that reveal character and shape fate, August's bold journey illuminates, at the deepest levels, the ways our lives truly unfold. A shocking encounter with a Japanese soldier in a cave during World War II, an audacious decision to start a long-shot business in America, a lifelong passion for an Italian girl named Ginger, estrangement from his modern children - this is an exquisite novel by "the most mature and accomplished novelist of his generation" (Alan Cheuse, National Public Radio).


Ethan Canin is the author of For Kings and Planets, The Palace Thief, Blue River, and Emperor of the Air. He is a graduate of Harvard Medical School and is now on the faculty of the Iowa Writers' Workshop at the University of Iowa. He lives in California and Iowa.
Ron Rifkin has appeared in such films as Manhattan Murder Mystery, Husbands and Wives, L.A. Confidential and Boiler Room.
©2001 by Ethan Canin
(P)2001 Random House, Inc.

"...like the Bach cello suites that Kleinman plays on his stereo at night, [Carry Me Across the Water] is a chamber piece that evokes intense and somber emotions." (The New York Times Book Review)

It was a bit different from I expected after reading the description but I enjoyed it nonetheless.