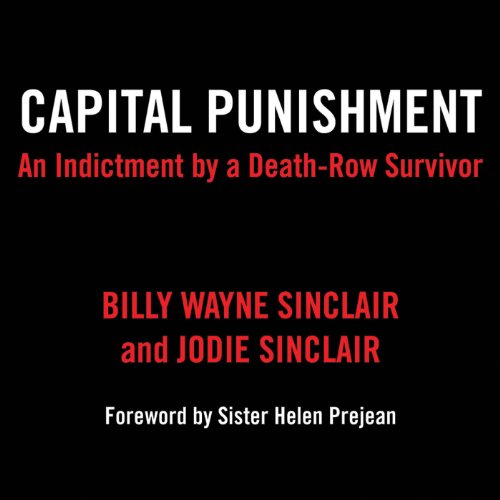 An award-winning writer on prison issues revisits how his own horrific mistake at age 21 shunted him into a capricious and monstrous system, which for his six years on death row, could at any point have delivered him to "one of the most gruesome forms of execution ever devised". Read with a grittiness and humanity appropriate for the subject, Capital Punishment is a passionate argument against state-sanctioned killing by the abused child who grew into a man - as described in the foreword by Sister Helen Prejean, a leading American advocate for the abolition of the death penalty – "[who] personifies the humanity of the condemned and their capacity to change".

Billy Wayne Sinclair was only 21 when he heard the Louisiana judge pronounce these words: "I hereby sentence you to death in the electric chair." It was the culmination of a botched holdup committed the year before in which Billy had accidentally shot and killed a man. Billy spent the next 40 years in Angola Prison - one of the country’s worst - six of those years on death row. When in 1972 the Supreme Court struck down the death penalty as arbitrary and capricious, Billy was re-sentenced to life without parole. Finally released in 2006, he now examines the death penalty in great detail, from ancient history - an eye for an eye and a tooth for a tooth - to the present. Informed by his own experience and his decades-long studies, this book offers important information about, and insights into, a subject that is as heated and controversial today as it ever was.