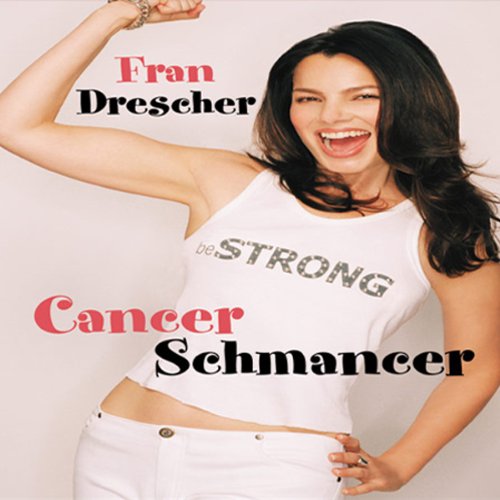 Dear Friend,
All I've got to say is, to hell with cancer! This book's about schmancer! Laughing at the crazy things life offers even when it's biting you on the ass. And diligence that pays off. Here I'll be telling it like it was - and is - so you won't have to go through what I did.
Who knew when I was a chubby kid from Queens what a roller coaster my life was going to be! After The Nanny ended, I divorced my husband, started living on my own, and began dating for the first time since high school. I wanted to feel free as a bird, but instead was weighed down by troubling symptoms. And so began my two-year, eleven-doctor odyssey in search of a diagnosis and cure.
Don't let what happened to me happen to you. Every doctor I saw held a different view. More than one told me I had a pre-menopausal condition common in middle-aged women ( middle-WHAT?). Finally, after insisting on more tests, I proved that my body was telling the truth - something was terribly wrong. Doctors are fallible, so open your mouth! Thank God I did, because my attitude saved my life.
Just as I was getting serious with a man 16 years my junior (What's the matter? He's very mature!) my worst fears were confirmed. I was told I had cancer and would need a radical hysterectomy. Was I going to die? Would I require radiation? How much does a uterus weigh? Maybe I wouldn't need that diet after all...
What I learned about myself, the depth of my relationships, and cancer - tests, treatment, recovery, and follow-up - could fill a book. So here it is. All of it: the laughter, the sorrow, the happiness and the horror. Everything that I learned the hard way and then some.
So pour yourself a cup of tea, put your feet up, and let's dish...
All my love,
Fran
©2002 Fran Drescher, All Rights Reserved (P)2002 Time Warner AudioBooks, a Division of the AOL Time Warner Book Group
Unterhaltung & Stars Frauen Gesundheit & Wellness
Mehr anzeigen Weniger anzeigen

"It is [Drescher's] storytelling skills and humor that make this uncomplicated book a good read...her one-liners can be priceless." ( Publishers Weekly)
"The actress infuses her writing with humor and honesty." ( Entertainment Weekly)

True life story from a survivor

Compelling story told with humor and real personal moments. Something anyone can relate to. Highly recommend.