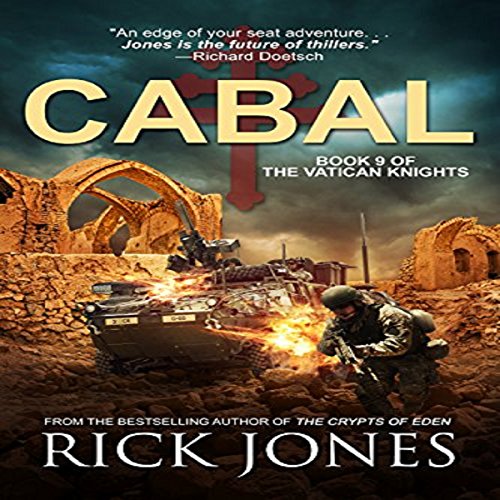 In an abandoned church deep inside the Syrian Desert, Father Jenkins watches over a group of children who'd been orphaned by war and unrest. Having been marked for extraction by the Vatican Knights, a cabal of ruthless killers from the Islamic State cripples all attempts of safe passage and gives chase across a desert landscape that's completely ruled by scorpions and snakes. With little options and less hope, the Vatican Knights quickly discover that they're in possession of a precious cargo: a young boy by the name of Farid. Kimball Hayden and the Vatican Knights fight to preserve the lives they protect, another ISIS team marches on the Vatican to take out the highest and most sacred seat in the land.

But as ISIS marches on Rome and Vatican City, Kimball Hayden, the fulcrum between sinner and saint, finds himself divided by saving the lives of the children and the life of the pontiff, with little chance of preserving both.