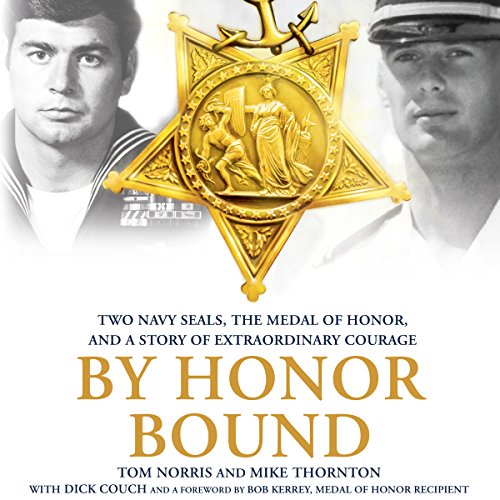 In April of 1972, SEAL Lieutenant Tom Norris risked his life in an unprecedented ground rescue of two American airmen who were shot down behind enemy lines in North Vietnam, a feat for which he would be awarded the Medal of Honor - an award that represents the pinnacle of heroism and courage.

Just six months later, Norris was sent on a dangerous special reconnaissance mission that would take his team deep into enemy territory. On that mission they engaged a vastly superior force. In the running gun battle that ensued, Lieutenant Norris was severely wounded; a bullet entered his left eye and exited the left side of his head. SEAL Petty Officer Mike Thornton, under heavy fire, fought his way back onto a North Vietnamese beach to rescue his officer. This was the first time Tom and Mike had been on a combat mission together. Mike's act of courage and loyalty marks the only time in modern history that the Medal of Honor has been awarded in a combat action where one recipient received the medal for saving the life of another.

By Honor Bound is the story of Tom Norris and Mike Thornton, two living American heroes who grew up very differently, entered military service and the Navy SEAL teams for vastly different reasons, and were thrown together for a single combat mission - a mission that would define their lives from that day forward.