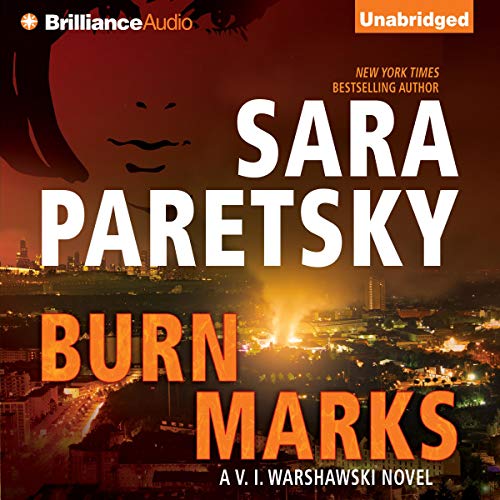 With those words - and the sour yeasty smell of stale beer - Elena, V.I. Warshawski’s derelict aunt, reenters her niece’s life at three in the morning. Burned out of her SRO hotel, Elena has turned to V.I. for a place to stay. V.I. vows that it will be a short visit and uses some old political contacts to find Elena a room.

When V.I. is hired to investigate the fire at the hotel, her aunt disappears, and her aunt’s young friend is found dead at a construction site. V.I. is warned off the case by both a high-ranking police officer and a major Chicago developer - who also happens to be a close friend of the chairman of the Cook County Board. After three terrifying attempts on her life, V.I. doesn’t know whether it’s the politicians, the police, or the developers who are after her.

As this, her sixth investigation, takes her deep into the workings of both the construction business and Cook County politics, V.I. discovers a connection between the two that brings her to a confrontation where the line between friend and enemy is redrawn to frightening effect.