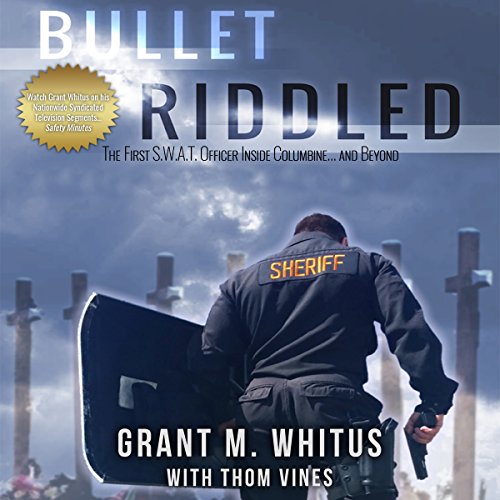 Grant Whitus joined the Colorado SWAT in 1992. His 17 year career was one of constant headlines. Among leading countless drug raids and hostage situations, he was on the front lines of the Columbine Massacre, the Platte County Tragedy, the Albert Petrosky shooting, and the Granby tank rampage.

Speaking for the first time, Whitus gives the unvarnished truth of those, and many other, major SWAT operations. Now retired, he opens up about his time behind the shield. Bullet Riddled is the full unabridged disclosure of what happened during his storied career; including the brutal morning of the Columbine Massacre. More than just a retelling, Bullet Riddled is an in-depth look at the day-to-day of SWAT and focuses on the men and women who inherit so much pain to keep us safe.

Nowhere is this more apparent than in the aftermath of the Columbine tragedy. The following days saw major changes within SWAT: Men cracked, leaders folded and the entire country demanded changes. But these changes, like all reforms, met with stiff resistance from the old guard. Friendships turned into rivals and the infrastructure of SWAT began to unravel. As resignations piled up, Grant rebuilt the entire team from hand-selected recruits. He finally had his elite team, one that would face new demons and disorders.