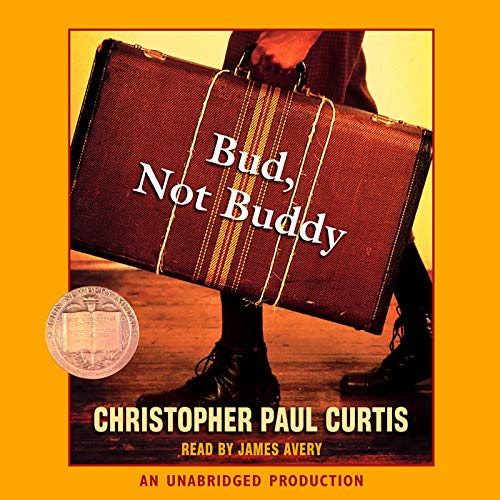 It’s 1936, in Flint Michigan. Times may be hard, and 10-year-old Bud may be a motherless boy on the run, but Bud’s got a few things going for him:

Bud’s got an idea that those flyers will lead him to his father. Once he decides to hit the road to find this mystery man, nothing can stop him - not hunger, not fear, not vampires, not even Herman E. Calloway himself.

An ALA Best Book for Young Adults

An ALA Notable Children's Book

"The book is a gem, of value to all ages, not just the young people to whom it is aimed." (The Christian Science Monitor)

"Curtis writes with a razor-sharp intelligence that grabs the reader by the heart and never lets go.... This highly recommended title [is] at the top of the list of books to be read again and again." (Voice of Youth Advocates starred review)

Nominee for Audio Publishers Association 2001 Audie Award, Children's Titles for Ages 8+
"The cast of characters, presented with endless variations in voicing, is authentic and memorable." ( AudioFile)