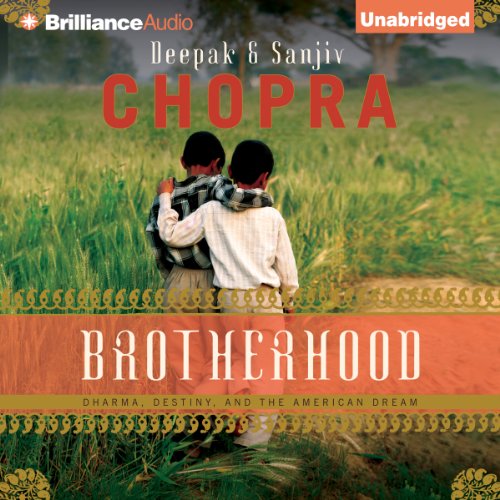 In Brotherhood, Deepak and Sanjiv Chopra reveal the story of their personal struggles and triumphs as doctors, immigrants, and brothers. They were born in the ferment of liberated India after 1947, as an age-old culture was reinventing its future. For the young, this meant looking to the West.

The Chopra brothers were among the most eager and ambitious of the new generation. In the 1970s, they each emigrated to the United States to make a new life. Both faced tough obstacles: while Deepak encountered resistance from Western-trained doctors over what he called the mind-body connection, Sanjiv struggled to reconcile the beliefs of his birthplace with those of his new home. Eventually, each brother became convinced that America was the right place to build a life, and the Chopras went on to great achievements - Deepak as a global spiritual teacher and bestselling author, Sanjiv as a world-renowned medical expert and professor at Harvard Medical School.

Brotherhood will fascinate and inspire those who still believe in America’s capacity to foster achievement and reward hard work.