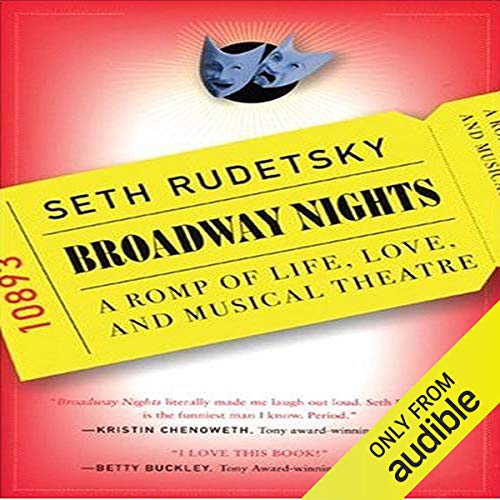 Stephen Sheerin was born to play on Broadway - or at least, under it. He's a musician, a conductor, and his dream is to music-direct a big Broadway musical. After years of toiling in the pit of some of the best-loved (and loathed) hits on the Great White Way, he's just been given his big break. Can life really be going that well?

Of course not - his family is driving him crazy, and his boyfriend can't seem to get rid of his other boyfriend. Add to that an alcoholic diva, the cheapest producing team on Broadway, and a comatose casting director, and you have some of the other characters buzzing around Stephen's Broadway break. Then there's Stephen himself - neurotic and bitchy - who realizes that maybe total happiness is overrated.

"Pretty chorus boys flirt with the world, backstage liaisons complicate rehearsals, and old friends finally become happy lovers - this is a gay romance, after all. But the real fun of the fictional romp is the wealth of factual showbiz lore - much of it bitchy and most of it hilarious - that theater insider Rudetsky packs into his charmingly giddy plot." ( San Francisco Bay Times)
"I love Seth Rudetsky! He is Mr. Broadway! Seth's love for the Musical Theatre equals my own and his knowledge of all things Broadway is an obsession to be cherished. His chronicle of the journey of starstruck kid to Broadway pianist/conductor is a wonderful every-theatre-kid tale with wicked humor and New York City savvy, sass, and insight. I LOVE THIS BOOK!" (Betty Buckley, Tony Award-winning actress/singer)