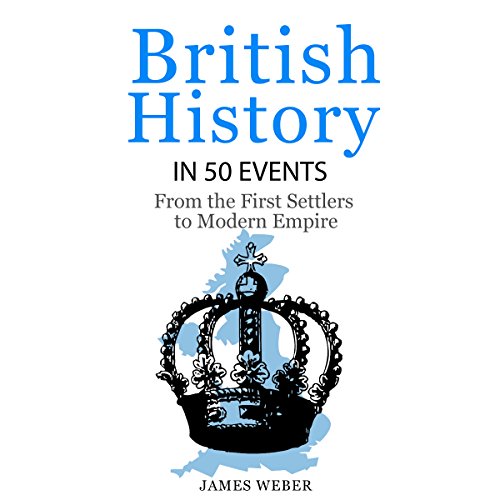 Do you want to know how the small British Isles became one of the most important empires in world history? Read about the 50 most important events in British history, from the first immigration to the post-World War 2 era.

This book will give you a comprehensive overview of British history.

Author James Weber did the research and compiled this huge list of events that changed the course of this nation forever.

Some of them include:

This is the perfect resource for students and anyone wanting to broaden their knowledge in history. Get your copy now!