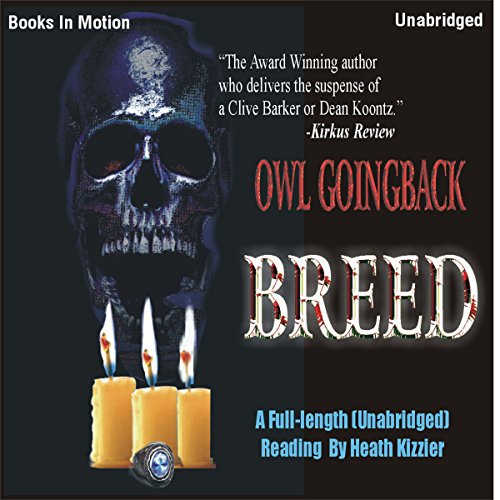 There is a dark underside to the sunny city of St. Augustine, Florida. An ancient evil is awakened in the Tolomato Cemetery, and is intent on stalking and destroying the citizens of the town. The evil creature, a Shiru, was believed to be a mythical beast from ancient Indian legend. The legend says the Shiru once roamed the earth attempting to mate with the women of the local Indian tribes in an effort to breed, but the Indians recognized the danger and hunted them down, destroying their hideous deformed offspring.

But this legend is so old, that almost no one in modern day St. Augustine knows of it, and if they did they wouldn't believe it...that is until one, summoned by three women dabbling in black magic, crosses over from the dead. Now the Shiru is determined to get revenge on the human race, and to breed with a strong woman with an ancient blood line. Unbeknownst to her, local tourguide, half-Cherokee Ssabra Onih, is the Shiru's target. Fortunately for her, and the rest of the town, the spirit of Chief Tolomato comes to guide her, and enlists her help to hunt down the evil Shiru and send it back to the underworld.

At the same time, city police officer Jack Colvin is working hard to track down the perpetrator of a series of grisly murders. Soon Colvin's and Onih's paths cross, and they join forces with the help of Chief Tolomato and other friendly spirits, in a desperate attempt to stop the seemingly invincible Shiru.

"The suspense of Clive Barker and Dean Koontz." ( Booklist)