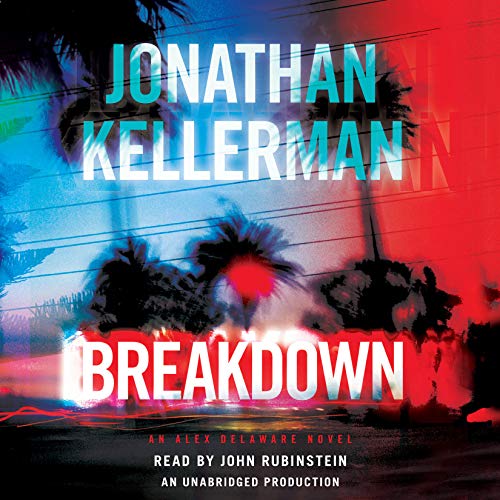 Best-selling author Jonathan Kellerman has been universally hailed as the master of psychological suspense, and the blockbuster new thriller featuring Alex Delaware and Milo Sturgis confirms his status as today's preeminent practitioner of saber-sharp storytelling.

Psychologist Dr. Alex Delaware meets beautiful and emotionally fragile TV actress Zelda Chase when called upon to evaluate her five-year-old son, Ovid. Years later, Alex is unexpectedly reunited with Zelda when she is involuntarily committed after a bizarre psychotic episode. Shortly after Zelda's release, an already sad situation turns tragic when she is discovered dead on the grounds of a palatial Bel Air estate. Having experienced more than enough of LA's dark side to recognize the scent of evil, Alex turns to his friend, LAPD Lieutenant Milo Sturgis, for help in finding out who ended Zelda's broken life.

At the same time, Alex is caught up in another quest: the search for Zelda's missing son. And when other victims vanish from the same upscale neighborhood, worry turns to terror.

As Alex struggles to piece together the brief rise and steep fall of a gorgeous, talented actress, he and Milo unveil shattered dreams, the corruption of a family, and a grotesque betrayal of innocence. With each devastating revelation and damning clue, Alex's brilliant mind is challenged as never before - and his determination grows to see a killer caged and the truth set free.

Yes, quite a good book

Starting from the beginning: The first impression is on the reader. Very slow reading, hardly any emotions in his story telling, really quite boring. Read in the first person this impression spils over to the principal character. However, and to be fair, I must emphasize that his further personifications were really, really good. He also does different accents very well (e.g.Spanish).

The story is interesting, intricate, making you to want to read / hear further. Yes, you want to get more. Will it lead to sleepless nights? Not really. Will you never forget this book? No. Nevertheless, this is a good story, in a realistic scenario and with a well researched background. It is worth the invested time, energy and buy.