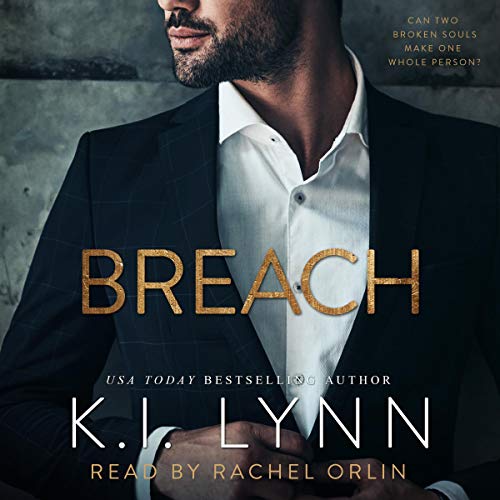 Delilah Palmer has always maintained control of her life and outward personality, blocking the truth that's just below the surface. Using a façade meant to be normal and hide the scars of her childhood, she's made a good life for herself. Becoming a successful lawyer, she is finally free from the tortured past that haunts her daily - until he comes along and breaks open the cracks.

Nathan Thorne has a haunted past of his own. On the surface, he is personable, extroverted, and loved by everyone; everything Delilah isn't. However, hidden beneath his charming smile is a dark and tormented man that only Delilah has the power to unveil.

Forced into a small office together, they begin to see through each other's masks, and the magnetic attraction ignites an explosive relationship. Their firm, Holloway and Holloway Law, has a strict non-fraternization policy, forcing them to conceal their breach. But despite their efforts, separation becomes impossible, deceptions escalate, and Nathan begins to teeter on the edge of being overtaken by his past demons.

What dark secrets does Nathan harbor that stop him from giving in, and what is it that keeps him from healing and moving forward? And more importantly, where does Delilah fit into his turmoil? Will they be able to accept love and deal with all the trials that develop as their secrets are exposed, or will they fall through the cracks of their pasts and be consumed by all that haunts them?

An exciting new romance, Breach, book one of the Breach Trilogy, will hook listeners from the very beginning. With smoldering romance and captivating erotica, this enthralling story is perfect for all. Using shrouded secrets of the past and a combustible relationship that borders on taboo, this thrilling novel ramps up the tension and romance at every turn.