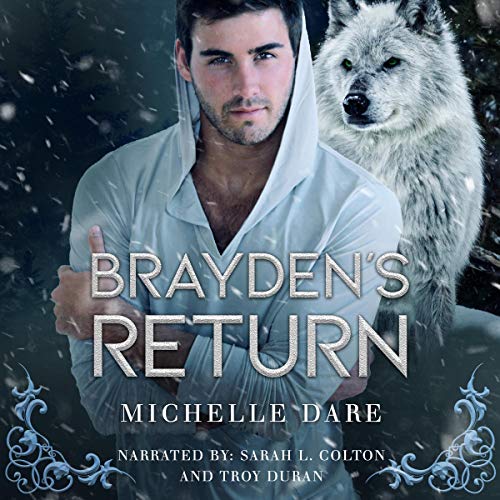 For the last several years, Brayden felt like an outcast amongst his friends. Since the day he saw a man shift into a wolf, he knew he no longer belonged in their circle. They were immersed in the paranormal world while he was away at college, living the life of an ordinary human.

One night, while he was walking home, he saw a dog in need of help. Turns out, it wasn’t a dog at all.

Kandra was a wolf shifter on the run. She’d fled an abusive relationship, running from a male she once thought she could trust. As a lone wolf, she was free, but she was also slowly dying.

Pack life wasn’t something Kandra wanted, and she never thought she’d trust another male. Yet, she trusted Brayden. In him, she found the opportunity to join a new pack - shifters who would be there when she needed them.

But the past came calling, and they would take back what was theirs.

Kandra’s life was in danger, and Brayden would do whatever it took to keep his mate safe, including asking a vampire to bite him. His new life was extraordinary, because she was in it.

With his vampire-given powers, Brayden was ready to fight for the one he loved. Now, all he had to do was find her.