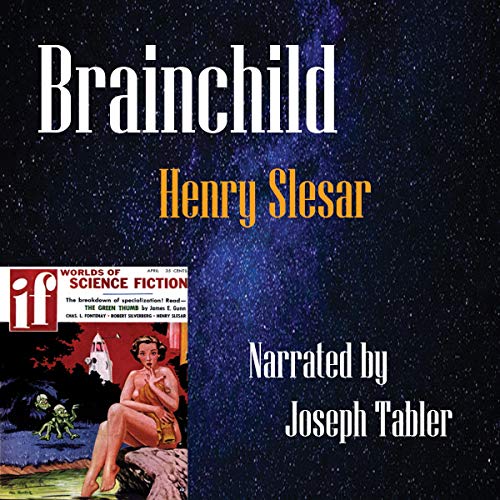 "Brainchild" is a finely crafted science fiction long short story from the age of the digest-size sci-fi fantasy magazines of the 1950s and 1960s, by the prolific, though, not so well known writer, Henry Slesar.

Henry Slesar (June 12, 1927 - April 2, 2002) was an American author, playwright, and copywriter. He is famous for his use of irony and twist endings. After reading Slesar's "M Is for the Many" in Ellery Queen's Mystery Magazine, Alfred Hitchcock bought it for adaptation and they began many successful collaborations. Slesar wrote hundreds of scripts for television series and soap operas, leading TV Guide to call him "the writer with the largest audience in America". (from Wikipedia)