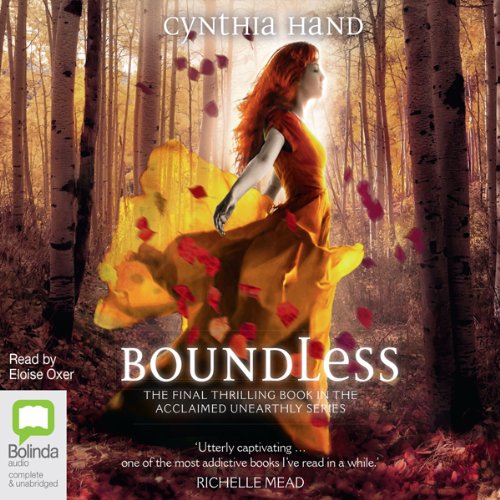 The past few years have held more surprises than part-angel Clara Gardner could ever have anticipated. Yet from the dizzying highs of first love, to the agonising low of losing someone close to her, the one thing she can no longer deny is that she was never meant to live a normal life. Since discovering the special role she plays among the other angel-bloods, Clara has been determined to protect Tucker Avery from the evil that follows her...even if it means breaking both their hearts.

Leaving town seems like the best option, so she’s headed back to California - and so is Christian Prescott, the irresistible boy from the vision that started her on this journey in the first place. As Clara makes her way in a world that is frighteningly new, she discovers that the fallen angel who attacked her is watching her every move. And he’s not the only one... With the battle against the Black Wings looming, Clara knows she must finally fulfill her destiny. But it won’t come without sacrifices and betrayal.

In the riveting finale of the Unearthly series, Clara must decide her fate once and for all.