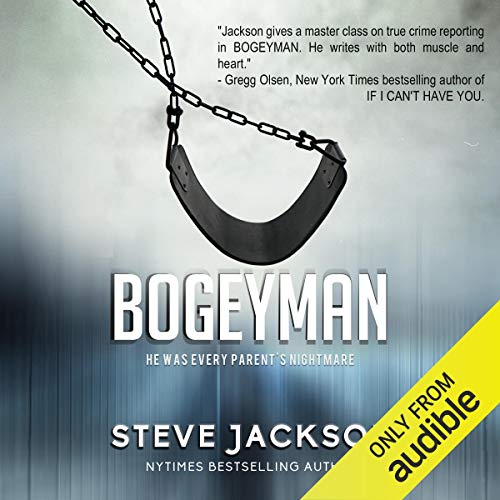 A WildBlue Press original true crime story from the New York Times best-selling author of Monster and No Stone Unturned, describing in dramatic detail and with heart-rending poignancy the efforts of tenacious Texas lawmen to solve the cold case murders of three little girls and hold their killer accountable for his horrific crimes.

I think what made Bogeyman unique for me as a writer wasn't the killer's story, or even the exceptional detective work that went into bringing David Penton to justice. The book gives us a poignant and powerful inside look at the emotional, psychological, and physical toll a case like this has on the men and women of law enforcement, as well as on their families; those usually unseen, and rarely revealed, stories of courage, faith and sacrifice on behalf of the victims, the victims' families, and their communities.

He is currently in the process of writing three more contracted non-fiction books: All Secure (Hachette), Finding Anastasia (Potomac) and Savig Annie (WildBlue Press). And he is finishing a novel, Island of Women. The publishers of his previous books include: HarperCollins, Simon & Schuster, Pinnacle, Atrium, De Capo, and WildBlue Press.

Steve is also the co-owner of indie publisher WildBlue Press (wildbluepress.com) with partner Michael Cordova. As of July 2018, WildBlue Press will have published more than 75 books by 50 authors in true crime, crime fiction, romance, history, current events, memoir, and business genres after less than four years in business.

His first non-fiction book, Monster, a true crime, was published in October 1998 and within two weeks became a New York Times best seller. In 2003, his World War II dramatic narrative, Lucky Lady, received The Colorado Book Award, best biography/history, from the Colorado Center for the Book; Lucky Lady was also the runner-up that year for the Admiral Samuel Morrison Naval History Award.

In June 2013, Jackson joined forensic investigative team NecroSearch International (the group featured in No Stone Unturned) searching for the remains of the Grand Duke Mikhail Romanov in Perm, Russia, as part of his research for an upcoming dramatic narrative history Finding Anastasia. Honored with NecroSearch membership in 2014, he and the team returned to Russia to continue the search in 2015, 2016, 2017, and 2018, and will return in 2019.

"Jackson gives a master class on true crime reporting in BOGEYMAN. He writes with both muscle and heart." (Gregg Olsen, New York Times best-selling author of If I Can't Have You)

"Absorbing and haunting! Bogeyman spills creepily across the page with Steve Jackson’s hellacious verve and insight, reminding us there are few better explorers of the American berserk.” (Ron Franscell, best-selling author of The Darkest Night)