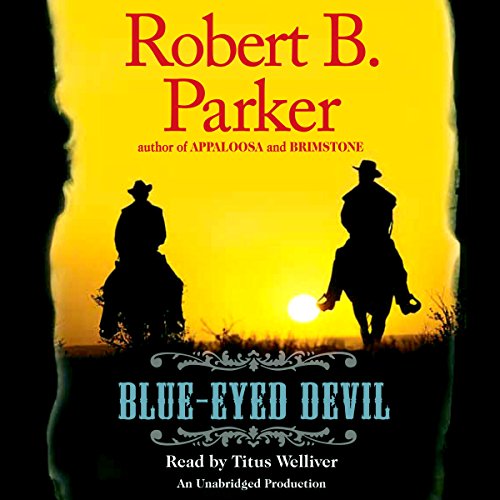 "Law enforcement in Appaloosa had once been Virgil Cole and me. Now there was a chief of police and 12 policemen. Our third day back in town, the chief invited us to the office for a talk."

The new chief is Amos Callico, a tall, fat man in a derby hat, wearing a star on his vest and a big pearl-handled Colt inside his coat. An ambitious man with his eye on the governorship - and perhaps the presidency - he wants Cole and Hitch on his side. But they can't be bought, which upsets him mightily.

When Callico begins shaking down local merchants for protection money, those who don't want to play along seek the help of Cole and Hitch. When Cole is forced to fire on the trigger-happy son of politically connected landowner General Horatio Laird, Callico sees his dream begin to crumble. The guns for hire are thorns in the side of the power-hungry chief, and he'll use any excuse to take them out. There will be a showdown - but who'll be left standing?

"Cole and Hitch are smart and resourceful, and there's trickery, gunplay, and throat-cutting until only a few folks are left standing. Lean, fast, and full of snappy dialogue, it's everything a series fan would expect." ( Publishers Weekly)