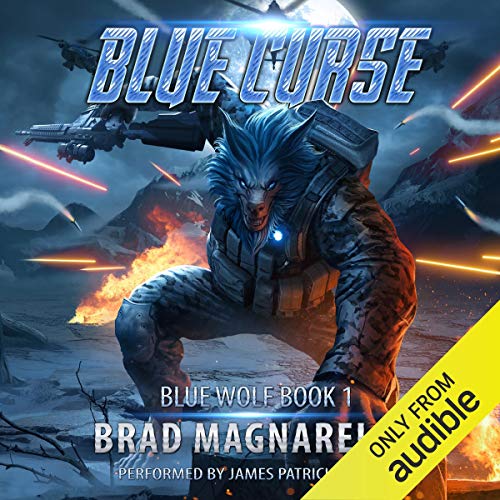 Cursed by a blind witch in a remote corner of Waristan, Special Ops Captain Jason Wolfe finds himself transforming into a creature of local legend, a lupine referred to in fearful whispers as Blue Wolf.

Faster, stronger, and more lethal, he’s the perfect soldier - but not for the US military. To break the curse, Jason must join a war between ancient tribal foes: blue werewolves and the formidable White Dragon.

In a battle spanning from the peaks of Central Asia to the valleys of Manhattan, and with the help of a bookish wizard named Prof Croft, Jason will push himself to the breaking point. Because with the curse now spreading to his mind, he’s running out of time - and the stakes couldn’t be higher:

Win and he returns home to his fiancé, his family, and a future.

Lose and he dies a bloodthirsty beast....