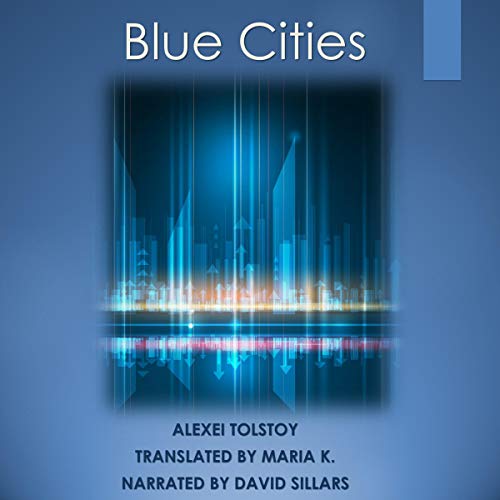 A romantic and a dreamer, Alexei Tolstoy never quite came to terms with the conflict between the glorious notion of a revolution to bring equality and justice to the world and its real-life execution, which took place in Russia in 1917. While he realized struggle was inevitable, the full horror of hunger, epidemics, and civil wars never truly sunk in until he found himself in the midst of them. Even worse was the life, which followed, filled with mundane minutiae, bureaucracy, corruption, and small-mindedness. To his great shock and disappointment, Tolstoy discovered equality and brotherhood were not always bestowed on the worthiest of men.

"Blue Cities" - the story of a young architect, whose inability to fit in with this strange, altered world eventually leads to a crime - is a literary record of Tolstoy's own thoughts and feelings during that harrowing and confusing time.