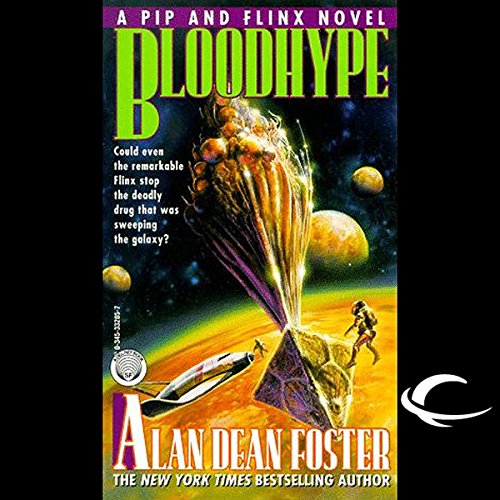 It caused instant addiction, followed by an excruciating slow death, and there was no known antidote. It was a killer. Supposedly the drug had been totally eradicated from the humanx galaxy years before.

At least that's what everyone thought. But somehow, mysteriously, that dreadful substance was back in circulation on Repler and threatening to wreak havoc throughout the known galaxy. Someone somewhere was secretly manufacturing Bloodhype, but nobody seemed to know where or who!