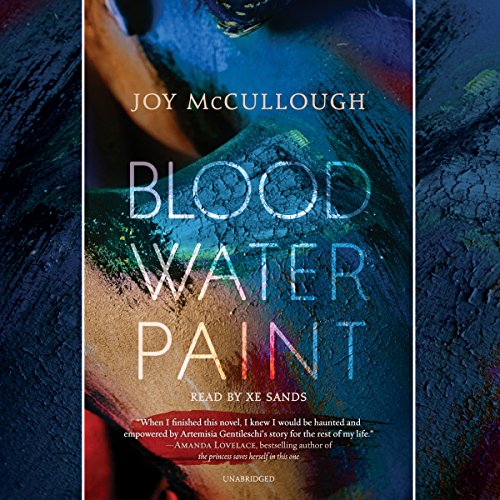 "Haunting ... teems with raw emotion, and McCullough deftly captures the experience of learning to behave in a male-driven society and then breaking outside of it." (The New Yorker)

"I will be haunted and empowered by Artemisia Gentileschi's story for the rest of my life." (Amanda Lovelace, best-selling author of The Princess Saves Herself in This One)

Her mother died when she was 12, and suddenly Artemisia Gentileschi had a stark choice: a life as a nun in a convent or a life grinding pigment for her father's paint.

By the time she was 17, Artemisia did more than grind pigment. She was one of Rome's most talented painters, even if no one knew her name. But Rome in 1610 was a city where men took what they wanted from women, and in the aftermath of rape Artemisia faced another terrible choice: a life of silence or a life of truth, no matter the cost.

He will not consume my every thought.

I am a painter.

Joy McCullough's bold novel in verse is a portrait of an artist as a young woman, filled with the soaring highs of creative inspiration and the devastating setbacks of a system built to break her. McCullough weaves Artemisia's heartbreaking story with the stories of the ancient heroines, Susanna and Judith, who become not only the subjects of two of Artemisia's most famous paintings but sources of strength as she battles to paint a woman's timeless truth in the face of unspeakable and all-too-familiar violence.

I will show you what a woman can do.

"Belongs on every YA shelf." (SLJ, starred review)

"McCullough has managed to vividly capture a singularly brave, resilient feminist who became an icon during a time when women had almost no agency. Her story and the stunning verse through which it is told will resonate just as strongly with readers today. A captivating and impressive debut about a timeless heroine." (Booklist, starred review)

"McCullough’s beautifully crafted text will inspire upper-middle/high school readers to research the true story upon which this powerful piece of historical fiction is based. The poetry is clear and revelatory, exploring Artemisia’s passion for both art and life. The expression of her intense feelings is gripping and her complexity of character make her a force to be reckoned with, both in her times and in ours." (SLJ, starred review)

"A haunting, stirring depiction of an unforgettable woman, Artemisia's story will resonate deeply with readers today and beyond." (Publishers Weekly, starred review)