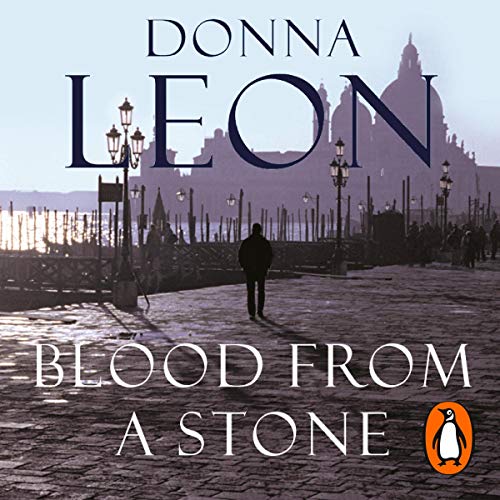 Blood From a Stone

On a cold Venetian night shortly before Christmas, a man is killed in a scuffle in Campo San Stefano. The closest witnesses to the event are the tourists who had been browsing the man's wares before his death - fake handbags of every designer label. Officially termed a venditore ambulante or extracomunitario, the dead man was working as a vu cumpra, one of the many Black Africans purveying goods outside normal shop hours and without work permits. Arriving on the scene, Commissario Brunetti's response matches that of everybody involved: why would anyone kill a vu cumpra? With few social connections and little money, in-fighting amongst these workers is the obvious answer. But once Brunetti begins investigating this Venetian underworld, he discovers that matters of great value are at stake within the immigrant society. Warned by Patta, his superior, to resist further involvement in the case, Brunetti only becomes more determined to unearth the truth behind this mysterious killing. However, reluctant as he is to let this event be smugly relegated to the category of 'not worth dealing with', how far will Brunetti be able to penetrate the murky subculture of Venice's illegal community?