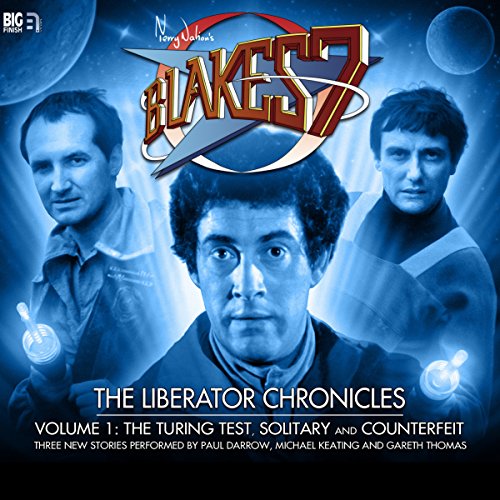 Three enhanced audiobooks performed by the stars of the classic BBC television series. These stories are set during series one.

Solitary by Nigel Fairs, starring Michael Keating as Vila and Anthony Howell as Nyrron. Vila is alone and amnesiac. Why have his friends turned against him?

Counterfeit by Peter Anghelides, starring Gareth Thomas as Blake and Paul Darrow as Avon. Blake investigates a mining facility, unaware that his sworn enemy is close by.