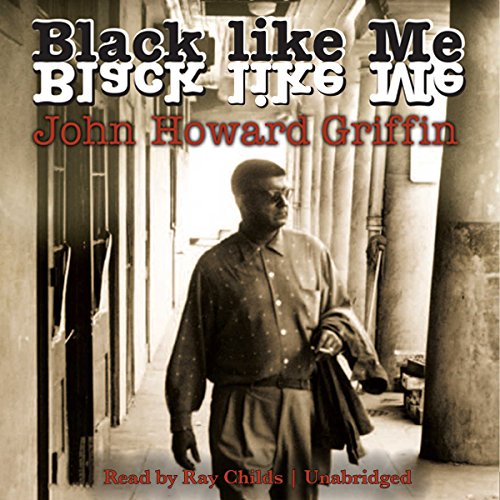 Writer John Howard Griffin (1920-1980) decided to perform an experiment in order to learn from the inside out how one race could withstand the second class citizenship imposed on it by another race. Through medication, he dyed his skin dark and left his family and home in Texas to find out.

The setting is the Deep South in 1959. What began as scientific research ended up changing his life in every way imaginable. When he decided the real story was in his journals, he published them, and the storm that followed is now part of American history.

As performed by Ray Childs, this first-ever recording of Black Like Me will leave each listener deeply affected. John Howard Griffin did the impossible to help bring the full effect of racism to the forefront of America's conscience.

"No one can read it without suffering." ( Dallas Morning News)
"Only the coldest of hearts could be unaffected by this story, told with dignity and warmth, conviction and steadfast honesty. Audiobooks like this can help heal wounds and open minds about racism, an issue our nation still struggles with." ( AudioFile)