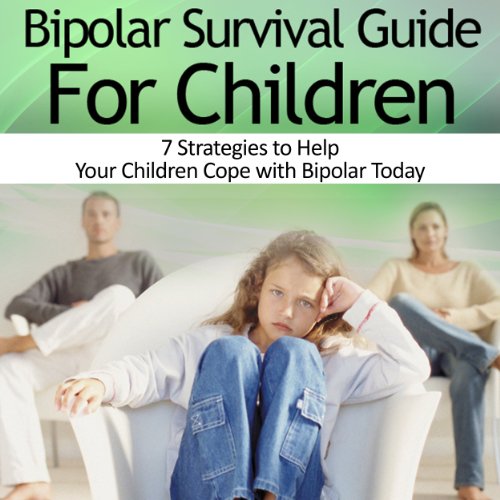 For many years people have held the belief that bipolar disorder only affects adults, but recent findings suggest that having a bipolar child is not only possible, it is actually more and more common these days. While adults generally treat the disorder with the help of medication, therapy and pharmaceuticals, the same approach cannot really be taken with children, especially younger ones, and that's precisely why the Bipolar Survival Guide for Children by Heather Rose was written.

In a majority of cases it is believe that bipolar disorder is passed on genetically, sometimes over the course of generations. The audiobook will first teach you all you need to know about the signs of a bipolar child, allowing you to make sure that your child indeed has bipolar disorder and is not just going through the normal stages of childhood where he or she is prone to temper tantrums. While many do not know this, determining whether or not your child has the disorder as early as possible is extremely important as it will allow you and them to work on ways to cope with the problem.

Naturally, apart from being taught everything about the bipolar child symptoms, the audiobook also goes into great detail when it comes to raising a bipolar child so that the disorder doesn't impeded upon daily life. Long story short, the audiobook contains seven big and effective strategies which will make living with a bipolar child a reality. Naturally, these strategies aren't the run-of-the-mill advice you receive from uneducated people trying to sound like real experts; these are methods that will teach your child to gain much better control and understanding of their condition, methods you aren't going to find floating around on self-help websites.