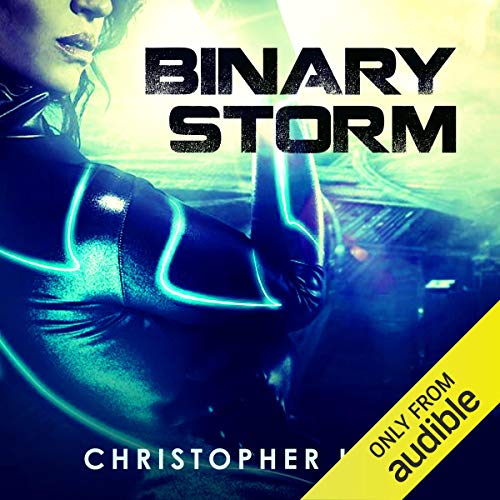 Near the end of the 21st century, Earth is in chaos from environmental devastation and a vicious undeclared war against binaries, genetically engineered assassins. Composed of a single consciousness inhabiting two human bodies (tways), binaries are ruled by an alpha breed, the Royal Caste.

Nick Smith, computer programmer and brilliant strategist, hooks up with Annabel Bakana, the savvy new director of E-Tech, an organization dedicated to limiting runaway technological growth. Together both romantically and professionally, they secretly assemble a small combat team to hunt and kill binaries.

But there's a fly in the ointment: the mysterious team leader, Gillian. A tormented soul with an unseemly attraction to Annabel, his actions just might help the Royal Caste's cause and draw the world closer to Armageddon.

Serving as both a stand-alone novel and prequel to Liege-Killer, Binary Storm is a futuristic tale of bold characters pushed to the brink in a dangerous world. Startling action, political intrigue and powerful themes that echo our contemporary era are fused into a plot brimming with twists and surprises.