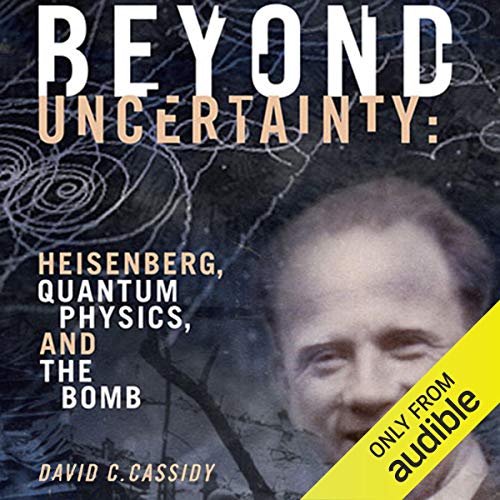 In 1992, David C. Cassidy’s groundbreaking biography of Werner Heisenberg, Uncertainty, was published to resounding acclaim from scholars and critics. Michael Frayn, in the playbill of the Broadway production of Copenhagen, referred to it as one of his main sources and "the standard work in English". Richard Rhodes (The Making of the Atom Bomb) called it "the definitive biography of a great and tragic physicist", and the Los Angeles Times praised it as an "important book. Cassidy has sifted the record and brilliantly detailed Heisenberg’s actions."

No book that has appeared since has rivaled Uncertainty, now out of print, for its depth and rich detail of the life, times, and science of this brilliant and controversial figure of 20th-century physics.

Since the fall of the Soviet Union, long-suppressed information has emerged on Heisenberg’s role in the Nazi atomic bomb project. In Beyond Uncertainty, Cassidy interprets this and other previously unknown material within the context of his vast research and tackles the vexing questions of a scientist’s personal responsibility and guilt when serving an abhorrent military regime.