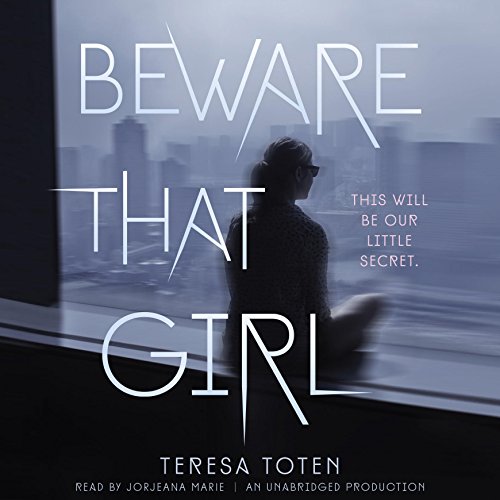 For fans of We Were Liars, Gone Girl, and The Girl on the Train comes a powerful psychological thriller with a gripping pace and Hitchcockian twists. Set against the backdrop of New York City, this compelling novel delves into the dysfunctional yet mesmerizing world of the mega-wealthy elite and will keep listeners guessing until the very last moment.

The Haves. The Have-Nots. Kate O'Brien appears to be a Have-Not. Her whole life has been a series of setbacks she's had to snake her way out of - some more sinister than others. But she's determined to change that. She's book-smart. She's street-smart. And she's also a masterful liar.

As the scholarship student at the elite Waverly School in NYC, Kate has her work cut out for her: Her plan is to climb the social ranks and land a spot at Yale. She's already found her "people" among the senior-class "it" girls - specifically in the cosseted, mega-wealthy, yet deeply damaged Olivia Sumner. As for Olivia, she considers Kate the best friend she's always needed, the sister she never had.

When the handsome and whip-smart Mark Redkin joins the Waverly administration as head of fundraising, he immediately charms his way into the faculty's and students' lives - becoming especially close to Olivia, a fact she's intent on keeping to herself. It becomes increasingly obvious that Redkin poses a threat to Kate, too, in a way she can't reveal - and can't afford to ignore. Mark has his own plan for a bright future and never doubts that he can pull it off. How close can Kate and Olivia get to him without having to share their dark pasts?

"A sharp narrative whose twists will demand an instant reread. Beware That Girl is a terrifying chess game, and Toten is the ultimate player." [National Reading Campaign (Canada)]