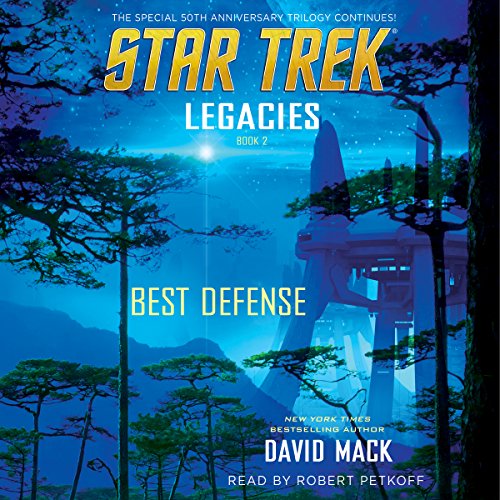 A debt of honor: One brave woman ventures alone into a parallel universe to save her old shipmates exiled there decades earlier by a mysterious device called the Transfer Key. She soon learns the alternate universe harbors not just an alien invasion force but a secret that underpins its very existence.

A mission of peace: A long-awaited Klingon-Federation peace conference convenes, led by Ambassador Sarek of Vulcan and Councillor Gorkon of Qo'noS. But both sides have enemies who would prefer the two great powers remain at war - and who will do anything to make certain hate wins the day.

An errand of justice: Captain Kirk and his crew seek the stolen Transfer Key that opens a door between universes, but their hunt is cut short by Ambassador Sarek's plea for help. The Enterprise crew soon become targets in a deadly crossfire - one whose outcome will decide the fate of two universes.