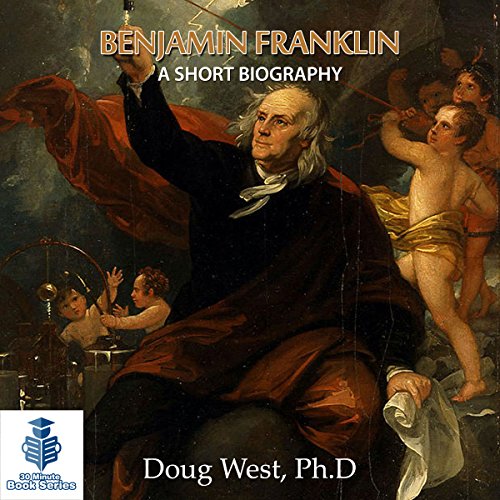 Benjamin Franklin was first and foremost a public servant, but he was also a prolific writer, humorist, musician, inventor, businessman, and scientist. He was always working to improve civic society. Among many other things, he organized the first volunteer fire department and established the first lending library in America. In the 18th century, he was celebrated as a scientist, inventor, and innovator who somehow emerged from the obscurity of his modest birth to prominence, which he achieved despite a lack of formal education. You've hear the story of Benjamin Franklin flying a kite in a thunderstorm storm to prove lighting was a form of electricity - the story is true and it turned out his discovery propelled him to the level of an international scientist.

He was a simple American, but his scientific discoveries in regards to electricity surpassed the achievements of more prominent and established European scientists of his time. His work as a diplomat to France during the American Revolutionary War was key to the colonists breaking free from British control. He helped write the Declaration of Independence and the United States Constitution. It has been said that he was the only American president who wasn't actually a president.