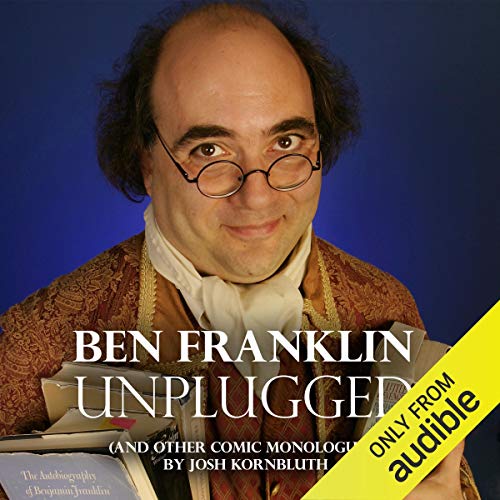 Gazing into the bathroom mirror one morning while shaving, Josh Kornbluth realizes that he looks remarkably like the guy on the $100 bill. Like any good Jewish son, he immediately calls his mother. From there he becomes obsessed with what it means to be a founding father, especially when your own father/son relationship (Ben had an illegitimate son named William who was a British loyalist during the Revolutionary War) is more than a bit strained. Part History Detectives and part embarrassingly hilarious autobiography, Kornbluth’s resulting investigation of the man behind the famous spectacles will take you from the hallowed halls of academia to Kornbluth’s richly comic interactions with his mother Bunny and Aunt Birdie, sharing along the way his discoveries about America’s history, family foibles, and the surprises beneath the surface of even our most familiar American tall tales.