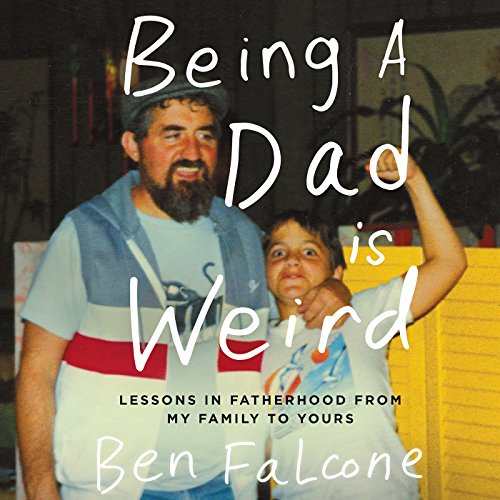 Being a Dad Is Weird

Being a Dad Is Weird

A funny and intimate look at fatherhood from the actor and writer/director of The Boss and Tammy that combines stories about his own larger-than-life dad and how his experiences raising two daughters with his wife, Melissa McCarthy, are shaped by his own childhood.

Though he's best known for his appearances in the movie Enough Said, as well as his hilarious role as Air Marshall Jon in Bridesmaids, Ben Falcone isn't a big-shot movie star director at home. There, he's just Dad. In this winning collection of stories, Ben shares his funny and poignant adventures as the husband of Melissa McCarthy and the father of their two young daughters. He also shares tales from his own childhood in Southern Illinois and life with his father - an outspoken, brilliant, but unconventional man with a big heart and a somewhat casual approach to employment named Steve Falcone.

Ben is just an ordinary dad who has his share of fights with other parents blocking his view with their expensive electronic devices at school performances. Navigating the complicated role of being the only male in a house full of women, he finds himself growing more and more concerned as he sounds more and more like his dad. While Steve Falcone may not have been the briefcase and gray flannel suit type, he taught Ben priceless lessons about what matters most in life. A supportive, creative, and downright funny dad, Steve made sure his sons' lives were never dull - a sense of adventure that carries through this warm, sometimes hilarious, and poignant memoir.

Foreword read by Melissa McCarthy and featuring the voices of Stephen, Margaret, and Flynn Falcone.