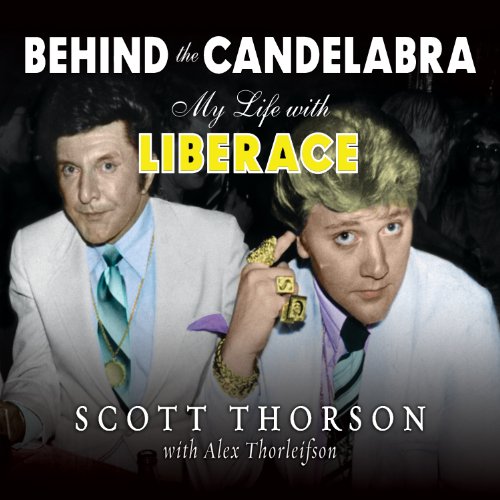 In this unusually frank book Scott Thorson, Liberace's longtime lover, tells all: the good, the bad, and the ugly truths about the legendary entertainer who went to outrageous extremes to prevent public knowledge of his homosexuality.

Liberace's unhappy childhood, dominated by a mother determined to force him into a concert career, serves as the prologue for a story that goes on to detail Liberace's early appearances in honky-tonks, his move to New York to seek fame, and, finally, his first booking in Las Vegas, where he was courted by the Mafia.

As Thorson attests, such successes provide a bright counterpoint to a darker tale of a man hungry for power, given to every excess. Liberace's credo - "too much of a good thing is wonderful" - is reflected here in his acquisition of new lovers, luxurious homes, a large collection of pornography, and a total of 26 house dogs.

Behind the Candelabra above all explores the fundamentally tender love affair between Liberace and Thorson - whom Liberace sent to his own plastic surgeon to have his face remodeled in Liberace's own image!

This fast-paced story, sprinkled with anecdotes about famous entertainers such as Michael Jackson and Shirley MacLaine, ends with an intimate look at Liberace's final days as he lay dying of AIDS - and his deathbed reconciliation with Thorson. Thorson's story will also appear in the upcoming biopic of the same name starring award-winning actors Michael Douglas and Matt Damon.