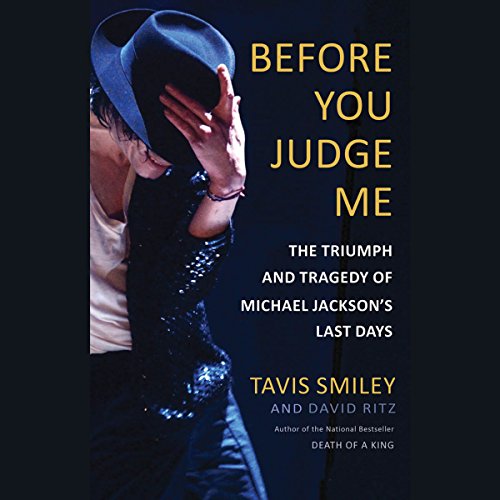 Before You Judge Me

Michael Jackson's final months were like the rest of his short and legendary life: filled with deep lows and soaring highs, a constant hunt for privacy, and the pressure and fame that made him socially fragile and almost - ultimately - unable to live.

With the insight and compassion that he brought to his best-selling telling of Martin Luther King, Jr.'s final year, Tavis Smiley provides a glimpse into the superstar's life in this emotional, honest, yet celebratory audiobook. Listeners will witness Jackson's campaign to recharge his career - hiring and firing managers and advisors, turning to and away from family members, fighting depression and drug dependency - while his one goal remained: to mount the most spectacular series of shows the world had ever seen. Before You Judge Me is a humanizing look at Jackson's last days.

Das sagen andere Hörer zu Before You Judge Me