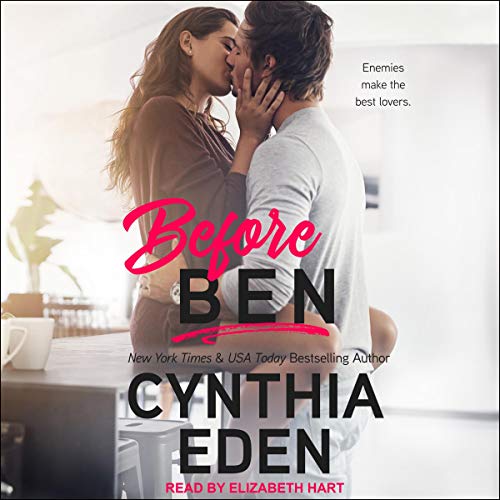 Ben Wilde was cocky, charming, and sexy as the best sin. He was also Courtney McKenna's weakness. Every single inch of his muscled perfection was trouble and temptation. They'd sparred in the courtroom more times than she could count, and the tension between them had always been red-hot. One night should have been all she needed to get the guy out of her head. Only . . . it wasn't.

Courtney tries to fight her scorching desire for Ben even as they plan to face-off in court once again. But once you cross some lines, there is no going back. And Ben doesn't plan to let her go anywhere.

Ben Wilde has never believed that opposites attract, but there is something about prim and proper Courtney that has always driven him wild. And when he gets her in his bed, the attraction he feels for her changes into a sensual obsession. Sure, they can be enemies in the courtroom, but in the bedroom, they are meant to be something else entirely.

Someone out there doesn't want Ben to have Courtney. Someone who will do anything to stop their attraction. But that predator in the dark is messing with the wrong man. When it comes to Courtney's safety, Ben will break every rule in the book.