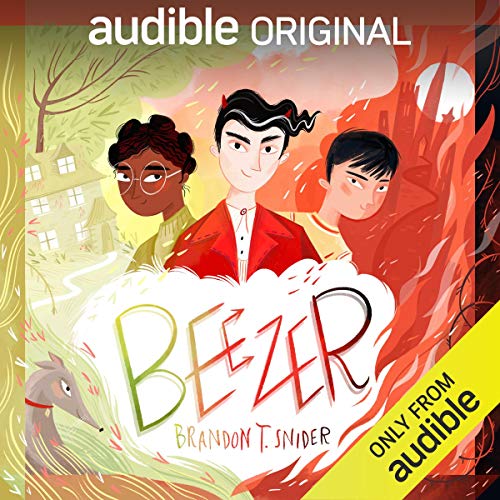 Beelzebub, the prince of demons, is bored. It's his destiny to one day rule the dark underworld known as the Red Realm, but it's sooo boring down there. All he wants to do is lay around all day in the lava pits (ahhh), boss everyone around (rude!), and maybe play a cruel prank (or two). But Beelzebub's father has had it with his son's nasty attitude. No one backtalks the Red King. NO ONE.

A disgraced Beelzebub is banished by his father and cursed to spend his days in the worst place either of them can imagine. EARTH. Now Beezer (his new name...which he hates...) has to navigate a family (who are way too nice for his liking) that doesn't know the truth behind where he really came from. Oh, and his human body? Not a fan. Too many feelings! And it makes weird sounds.

What would Beezer do to get back home and reclaim his rightful place next to his father? Anything it takes. That is unless, he finds a new path (ugh work).