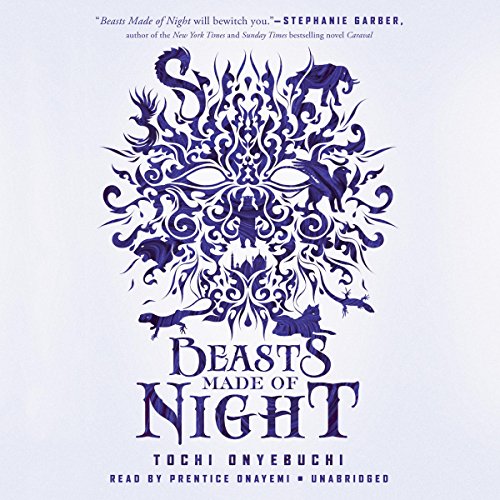 Beasts Made of Night

Debut author Tochi Onyebuchi delivers an unforgettable fantasy adventure that powerfully explores the true meaning of justice and guilt. Packed with dark magic and thrilling action, Beasts Made of Night is a gritty Nigerian-influenced fantasy perfect for fans of Paolo Bacigalupi and Nnedi Okorafor.

In the walled city of Kos, corrupt mages can magically call forth sin from a sinner in the form of sin-beasts - lethal creatures spawned from feelings of guilt.

Taj is the most talented of the aki, young sin-eaters indentured by the mages to slay the sin-beasts. But Taj's livelihood comes at a terrible cost. When he kills a sin-beast, a tattoo of the beast appears on his skin while the guilt of committing the sin appears on his mind. Most aki are driven mad by the process, but 17-year-old Taj is cocky and desperate to provide for his family.

When Taj is called to eat a sin of a member of the royal family, he's suddenly thrust into the center of a dark conspiracy to destroy Kos. Now, Taj must fight to save the princess that he loves - and his own life.

"The beginning of a great saga.... Fantastic worldbuilding sets the stage in this debut novel, as Tochi Onyebuchi conjures up a busy market city inspired by his Nigerian heritage and populates it with a group of outcast kids who shoulder the sins of the rich and powerful.... This is not the first fantasy book to take more interest in the world than the story - it certainly worked for Tolkien, and Beasts Made of Night could do much worse than to follow in those footsteps. Onyebuchi has created a world that will no doubt inspire many in turn." (NPR.org)

“This compelling Nigerian-influenced fantasy has a wonderfully unique premise and lush, brilliant worldbuilding that will consume you until the last page.” (BuzzFeed)

"Onyebuchi's debut novel explores class, politics, religion, and so much more, all in a world that is masterfully built, sweeping, and imaginative." (Bustle)