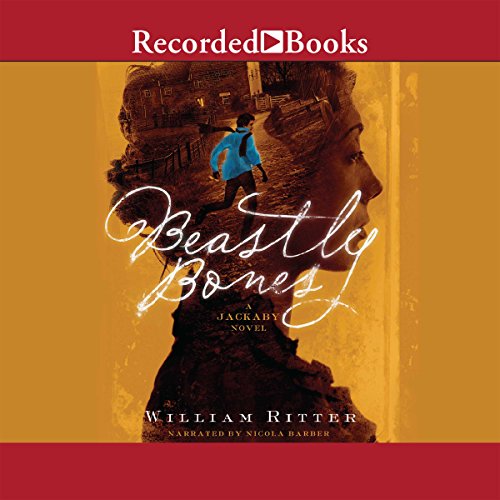 In the highly anticipated sequel to the acclaimed Jackaby, Abigail Rook and Sherlockian detective of the supernatural R. F. Jackaby are back and on the trail of a thief, a monster, and a murderer.

"I've found very little about private detective R. F. Jackaby to be standard in the time I've known him. Working as his assistant tends to call for a somewhat flexible relationship with reality."

In 1892 New Fiddleham, New England, things are never quite what they seem, especially when Abigail Rook and her eccentric employer, R. F. Jackaby, are called upon to investigate the supernatural. First, a vicious species of shape-shifters disguise themselves as a litter of kittens, and a day later their owner is found murdered with a single mysterious puncture wound. Then, in nearby Gad's Valley, now home to the exiled New Fiddleham police detective Charlie Cane, dinosaur bones from a recent dig mysteriously go missing, and an unidentifiable beast starts attacking animals and people, leaving their mangled bodies behind. Charlie calls on Abigail for help, and soon Abigail and Jackaby are on the hunt for a thief, a monster, and a murderer.

"Ritter's debut skillfully blends science with the supernatual and balances whimsy with violence." ( Kirkus Reviews)
"Toss together an alternate 19th-century New England city, a strong tradition of Sherlockian pastiche, and one seriously ugly hat, and this lighthearted and assured debut emerges, all action and quirk." ( Publishers Weekly)
"A riveting mash-up of mystery and folklore, with vivid details and striking turns of phrase. And Jackaby is an irresistible character." ( The Horn Book Magazine)