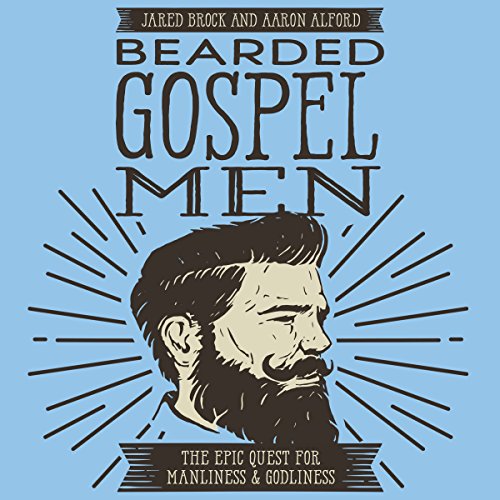 A Devotional That Dudes Will Actually Read!

Is there a connection between hairiness and holiness? Some would say a hearty “Yes!” In fact, the world is in the middle of a beard mania. Events like Movember and Decembeard are becoming global movements and manly sites are appearing all over the Internet. Is this just another fad? And what does it say that so many of the most famous Christian communicators have or did have a beard?

Throughout history, Christian men have gloried in male pattern magnificence. Saint Benedict of Nursia wore a superb double forker. The benevolently-bushed Euthymius wouldn’t allow clean-shaven monks to enter his Judean Desert monastery. St. Francis of Assisi had a beard, and now there’s a Pope named after him. He’s clean-shaven, but we’re praying for him.

Of all the great Christian men who wore beards, none stands so highly as the headless martyr Sir Thomas More. On the day of his beheading, the tufted knight supposedly positioned his beard away from his soon-to-be-severed neck, saying: “My beard has not been guilty of treason, and it would be an injustice to punish it.”

But of course, Bearded Gospel Men is about far more than beards - it’s about manliness and godliness. Through this 31-day devotional, men are inspired to rise to a higher calling. The humor and facial hair is the perfect means to have a broader conversation about living a faithful life.

So, let’s study some of these famous Bearded Gospel Men!