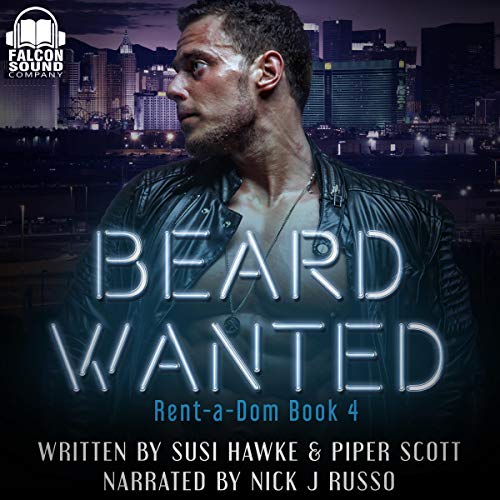 Christian Kelley is down on his luck - big time. After moving to Las Vegas in the hopes of becoming an entertainer, he’s been met with nothing but rejection, so when a friend suggests he sign up with Rent-a-Dom as a service provider, he’s eager to give it a shot. While more naturally submissive than dominant, Christian is sure he can pull off the act well enough...at least, until the founder of Rent-a-Dom himself contacts him with an unusual proposal, and his world turns upside down.

Monty Mills, the mysterious founder of Rent-a-Dom, has a problem he can’t fix. With Rent-a-Dom’s fifth year anniversary on the horizon, he sees potential for exposure like never before. The problem? He’ll risk Rent-a-Dom’s credibility if he shows his face in public. What he needs is a beard - someone who can make the world think he’s someone he’s not.

Sparks fly when Monty and Christian meet, but with Monty’s business riding on their success, and Christian’s future hinged on this performance, love isn’t on the agenda. Is it?

This final installment in the Rent-a-Dom series contains mpreg, D/s elements, and is intended for 18+ listeners.

Warning: Don't listen unless you like fun books with mysterious and powerful omega Doms, bubble bath disasters, rugged, secretly pierced alphas who long to submit, and scenes that’ll make Vegas temperatures cool in comparison. But then again, this is a Susi Hawke and Piper Scott collaboration - you already knew to expect that, didn’t you?